With every new day, a new story is born at Akanksha. It has been 30 years of celebrating this wonderful journey and the stories of our people.

Whether it’s our students exemplifying our values, or our leaders driving change, every person at Akanksha inhabits a story that inspires people around them.

To amplify our stories of resilience, Akanksha is collaborating with Melting Pot that will feature incredible stories of the people of Akanksha through a podcast series themed on R.I.S.E – Resilient. Independent. Strong. Educated.

Melting Pot is a series conceived and produced by Payal Nayar in an attempt to share some human stories from all over the world through conversations with inspiring and interesting people from diverse cultures who are passionately and selflessly pursuing their life mission in different ways.

The series will feature 13 episodes, each featuring a story of our people, our students, our alumni and our leaders. They will share their journeys, powerful and inspiring stories that will motivate the listeners to RISE against all odds.

The podcasts can be heard on multiple mediums including Spotify, Apple and Google Podcasts. Click here to hear interesting stories from Akanksha.

Episode 1: We had Chitra Pandit who leads the development and communications team at Akanksha and has been with the organization for over 10 years. Chitra drives fundraising initiatives for all of Akanksha’s programs and works closely with the Board of Directors and the CEO to raise funds to support the strategic direction of the organization. She has a Masters in Business Administration and has over 15 years of experience in the field of marketing and sales.

Hear Chitra’s journey on transforming Akanksha’s marketing and fund-raising goals while keeping education at the heart of it all. Click to hear her story.

Episode 2: We had Dhanashree Birajdar, a grade 9 student currently studying at Akanksha’s LAPMEMS school, Dhanashree hails from the city of Pune.Her journey until now is all about getting to know herself better and constantly learning new things and creating a positive impact on society. At Akanksha, she is being nurtured with the knowledge and skills to recognise and solve problems. She aspires to keep learning and work in the Indian Education System.

Hear her story on how she aspires to translate her Akanksha journey into one of impact: Click here to know more.

Episode 3: We have Chinmaya Potnis, a 2012 Teach for India fellow and a founding member of the first ever standalone Secondary school in Pune. She has Completed her Bachelors from Fergusson College, B.Ed. from SNDT University and a Masters from Tata Institute of Social Sciences (TISS, Mumbai). During the two-year fellowship with Teach for India (Pune), she joined as a Secondary School English teacher at AVBS, Pune in 2013 and took up the role of a School Leader, 4 years later, in 2017.

Hear Chinmaya’s story of inspiration and why she got into teaching in the first place. Click here to know more about her journey.

Episode 4: We have Preeti Baghel, Akanksha alumni and 23-year-old BA graduate who aims to sensitise mental health in communities where the concept is unheard of. A beacon of light, Preeti grew to question the lack of space and expression in the field and aimed to bring it to normalcy. Preeti also founded SHOR – A poetry club with her friends, where she regularly encourages people to share their thoughts through words. This exercise has benefitted countless people as they feel unburdened and cultivate hope.

Hear Preeti’s story of inspiration and learn more about her commitment to mental well-being. Click here to listen.

Episode 5: We have Sejal Desai, Executive Director at The Akanksha Education Fund, New York who supports Akanksha’s goal to empower children in the truest sense through holistic development.

With a background in dance and arts to being a Chartered Accountant with a Master’s degree, Sejal’s tale leaves us amused by the possibilities an individual can span. Her extensive experience in corporates and non-profits has been a catalyst in furthering Akanksha’s mission. Sejal also founded SevaYatra with the intention to engage people with projects in the non-profit space. Live her journey through her podcast with Payal Nayar from The Melting Pot!

Episode 6: We have a 2013 Akanksha alumna, Yashodhara, who is an ardent cyclist who trains to represent India in national and international cycling championships. Yashodhara made all of Akanksha and India proud in 2019 South Asia Games, where she clinched the third place in a downhill cycling event – India’s first International Medal in Downhill MTB.

Know how Yashodhara is cycling her way to success here.

Episode 7: We have Jayshree, Akanksha school leader at at Late Anantrao Pawar Memorial English Medium School in Pune, who moved to Akanksha after spending 11 years in USA and France in 2011. Jayshree has a Master’s degree in Zoology from Pune University and is trained in Non-profit Management and Leadership from Boston University. She is also an India School Leadership Institute (ISLI) Fellow.

Episode 8: We have Tahura, a grade 10 Akanksha student who is a bright child with many dreams. She has represented Akanksha in various competitions and events and inspires her batch with her sheer commitment to excellence.
She is also actively working on publishing her own book.

Tune in here to know her Akanksha journey and how she aims to achieve, aspire and be the change!

Episode 9: We have Srividya Prakash, board member of the Akanksha Education Fund. Srividya is the CEO of Antara International, a non-profit working to catalyze the delivery of public health solutions to improve maternal and child health outcomes.

She previously worked in management consulting and public health with McKinsey & Company and with their Global Public Health Practice. Vidya also worked in commercial asset management in renewable energy with sPower-AES.

Vidya is based in the San Francisco, Bay Area where she is an active volunteer in the areas of education, domestic violence, gender equality, homelessness and food security, including with Maitri, Dining for Women, Abode Services and local food banks.

Tune in to understand a leaders point of view on Akanksha’s model and it’s schools here.

Episode 10: We have Fatema Mandal, Akanksha alumni and talented student. Fatema was raised by her mother and almost never missed learning even when she had to take a train to attend classes at Akanksha.

During the crucial time of her 10th grade examinations, Fatema quickly adapted to learning online with Akanksha and even braced difficulties that came her way with ease. “The unique feature of all Akanksha schools is that they give utmost importance to values like integrity, honesty, respect”, says Fatema.

Tune in to know more about Fatema’s journey of resilience here.

Episode 11: We have Namrata Khanvilkar, a trail-blazing Akanksha alumnus from our first batch of graduating students.

Namrata Khanvilkar was an exceptional student in her school days at Akanksha’s Acharya Vinoba Bhave School in Pune, and is still trail-blazing as an Akanksha alumna. She gained admission on a full-ride scholarship to St. Olaf College in Minnesota, and recently became a graduate. Namrata also studied for two years at UWC in Armenia on a full scholarship. Namrata is the first Akanksha alumna to attend an American college.

Episode 12: We have Akanksha champion and art connoisseur, Sunita Iyer. She has helped several people from her New Jersey, USA community be a part of Akanksha. She is now trying to do the same in the UK as she shifts bases

Hear more about her journey with Akanksha here.

Episode 13: Meet Nirjala Sharma, an Akanksha alumna, who has completed grade 10 from an Akanksha school and continues to chase her dreams.

Tune into her story of transformation here.

Episode 14: Meet Saurabh Taneja, our CEO! A graduate from IIT Delhi, Saurabh is a humble and deeply passionate leader who leads The Akanksha Foundation as its CEO.

In 2009, Saurabh became a fellow with Teach For India. During his fellowship, he taught in a municipal school in Mumbai where he found the disparity in the opportunities available for children coming from low-income communities and from wealthy neighbourhoods starkly prevalent. Saurabh was struck by the thought of opening his own school. It was then that an opportunity to start a secondary school opened up in Pune. Saurabh led the first Akanksha Secondary school in Pune in partnership with the Pune Municipal Corporation and The Thermax Foundation. During his time as the School Leader, he took three batches of students through the SSC exams with a 100% pass rate.

Listen to more such interesting facts about Saurabh and Akanksha here. 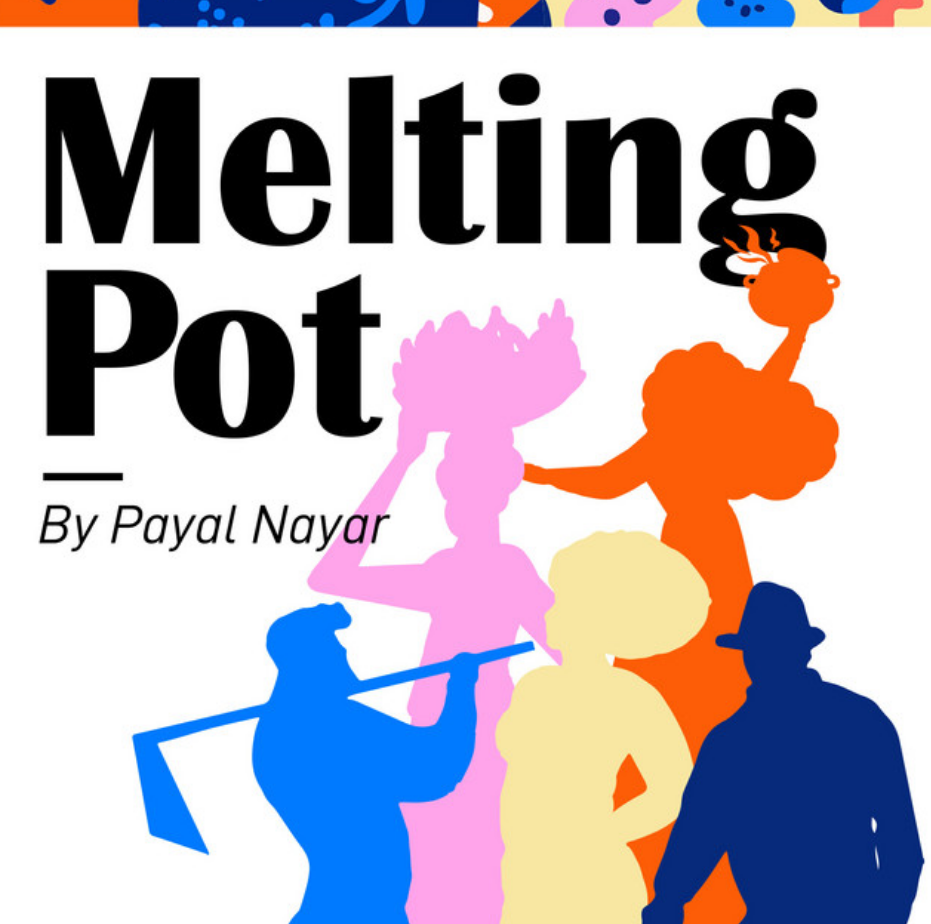 The Akanksha Foundation is a non-profit organisation with a mission to provide children from low-income communities with a high-quality education, enabling them to maximize their potential and transform their lives.